The Felix-Convent is the latest subproject in India.
It was created in 2012 and reminds of Felix Gemen, the son of the co-founder couple Stefan and Claudia Gemen, who died on January 3, 2012 in a tragic accident on his friend’s farm.
The Convent is located in Paratwada and was built on the grounds of Hostel .
It is a kind of nursery where children aged 3-6 years are prepared for school time. The language of education in the Convent is English so that the children are already learning the language with which they can later learn a profession which is sufficient for self-assurance.

Currently, there are four classrooms: Nursery (3 years), 1. preschool class (4 years), 2. preschool class (5 Jahre) and a 1. and a 2. school class (6-7 Jahre).
In contrast to the main project in Bahiram , the Felix-Convent is a day school: The toddlers are picked up by two buses in the morning and brought back to their villages in the afternoon. As in the Panchsheel Home in Bahiram, Adivasi children are taught here who would otherwise have no access to education.
The education of the children is carried out as closely as possible with the parents, in order to clarify to them the value of education for the future of their children. For example, the parents have the task of giving their children daily enough food and clean clothes, to ensure that the Convent is not understood only as a cheap way of feeding the pupils. Parents’ meetings are also held at regular intervals during which various things are presented, such as the importance of hygiene or the risk of cigarette smoke and alcohol especially on toddlers.
However, the Felix Convent is not a completed project, it is still in the build-up phase. After the first class, which was founded in 2013, a class two soon followed, and another new building was opened in 2014. 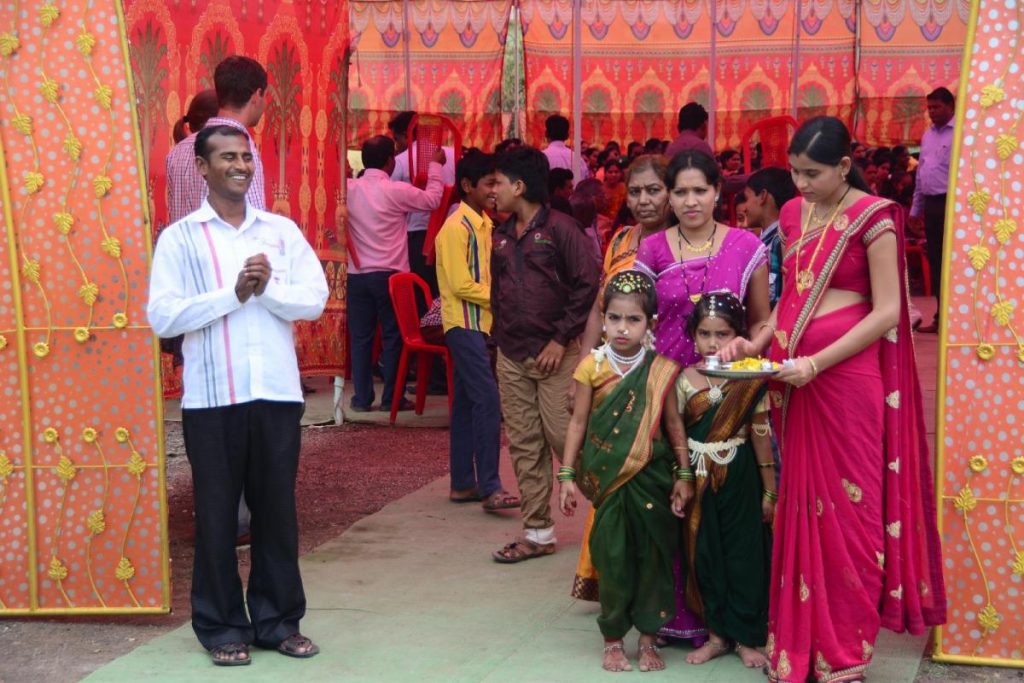 The Convent is growing slowly from year to year and the cooperation with the parents is being expanded, in order to make sure that in many small villages of the area, education and especially the English language is probably the only way to break out permanently from the devil’s circle of poverty.